Skip to Content
Home / Blog / Book Tour Spotlight / The Unborn Series is on Sale for $0.99 Each! Plus, an Unspoken Teaser! 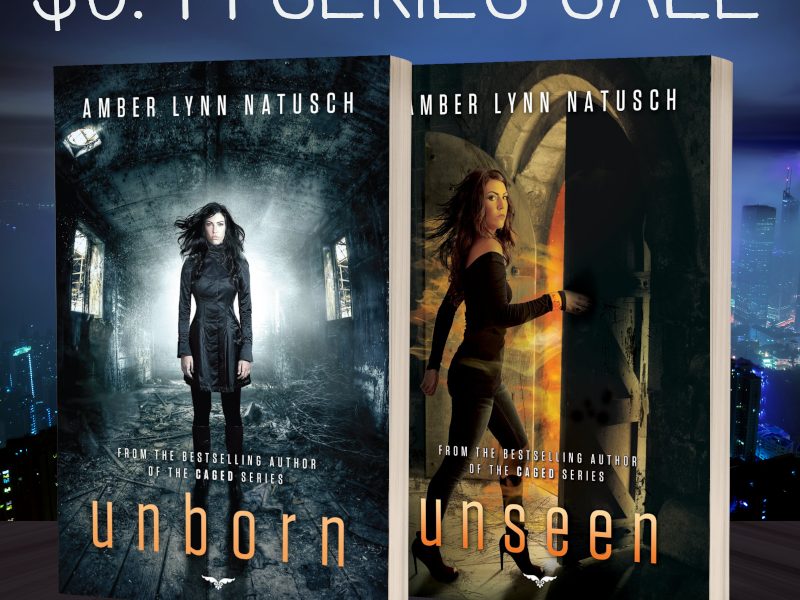 From UNBORN, the first installment in the series…

BORN INTO MYSTERY.  SHACKLED TO DARKNESS.

Khara has spent centuries discovering everything about the Underworld―except her place in it. But when she’s ripped from her home, solving the riddle of her origins becomes more important than ever. With evil stalking her through the dark alleys of Detroit, she finds salvation from an unlikely source: a group of immortal warriors sworn to protect the city. Khara needs their help to unravel the tangled secrets of who and what she is—secrets many seem willing to kill for. But time is running out, and the closer she gets to the truth, the closer necessity binds her to an arrogant fallen angel.

Can their shaky alliance withstand that which threatens her, or will her soul fall victim to the unholy forces that hunt her―those that seek the Unborn?

Purchase Your Copies Today for Just $0.99 Each!
The Unborn Series on Amazon

Purchase Your Copies Today for Just $0.99 Each!
The Unborn Series on Amazon

AMBER LYNN NATUSCH is the author of the bestselling Caged series for adults. She was born and raised in Winnipeg, and is still deeply attached to her Canadian roots. She loves to dance and practice Muay Thai―but spends most of her time running a chiropractic practice with her husband, raising two young children, and attempting to write when she can lock herself in the bathroom for ten minutes of peace. Dare You to Lie is her debut YA novel with Tor Teen.

This promotion is brought to you by Pure Textuality PR.