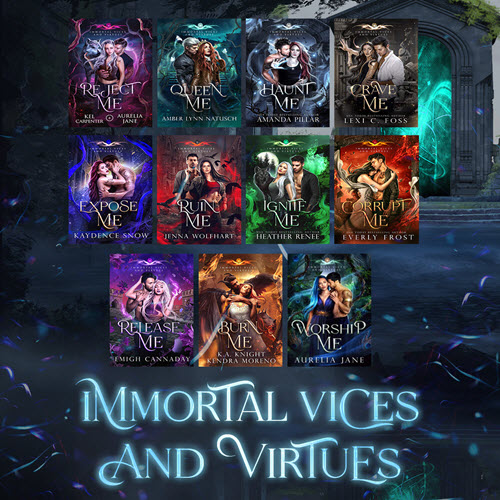 I teased my Facebook group last week with news of a shared world project I’m a part of this year, but now I can release the full monty!! Each month, there will be a new release in the Immortal Vices and Virtues shared world. All of the books are standalone novels with guaranteed HEAs and no cliffhangers. There will also be crossover of characters in these books too so you might just see some favorite characters pop up again The first release will be out in May, so get ready for this crazy world. 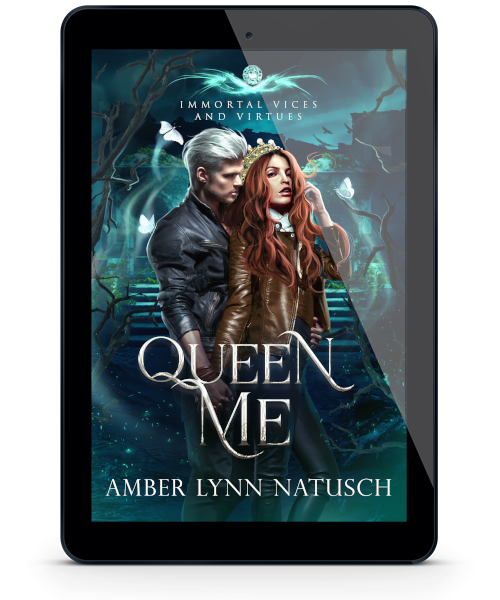 Being a lowly human in a supernatural world, I should have jumped at the chance to be one of them–to possess the magic necessary to fit in. But when a rogue fae corners me in an alley and tells me I have some crazy power he needs to exact his revenge on the House that betrayed him, I had to seriously question that life goal.

The Moonlight Wraith, sexy and disarming as he is, is also a notorious killer–and this alleged power of mine is all that stands between him and the vengeance he craves.

But how can I give him something I don’t have?

And, worse yet, what will he do when he doesn’t get what he wants?

His plot to regain his throne hinges on the popular belief that he’s already dead, and my knowledge to the contrary is a loose end he can’t afford. But after a botched attempt on my life by unknown forces, I find myself allied with the broody harbinger of death because he might just be the only one who can keep me alive.

Assuming he doesn’t kill me himself.

EACH NOVEL IS A STANDALONE WITH A
GUARANTEED HEA AND NO CLIFFHANGERS.

QUEEN ME by Amber Lynn Natusch

HAUNT ME by Amanda Pillar

CRAVE ME by Lexi C. Foss

EXPOSE ME by Kaydence Snow

RUIN ME by Jenna Wolfhart

CORRUPT ME by Everly Frost

RELEASE ME by Emigh Cannaday

WORSHIP ME by Aurelia Jane