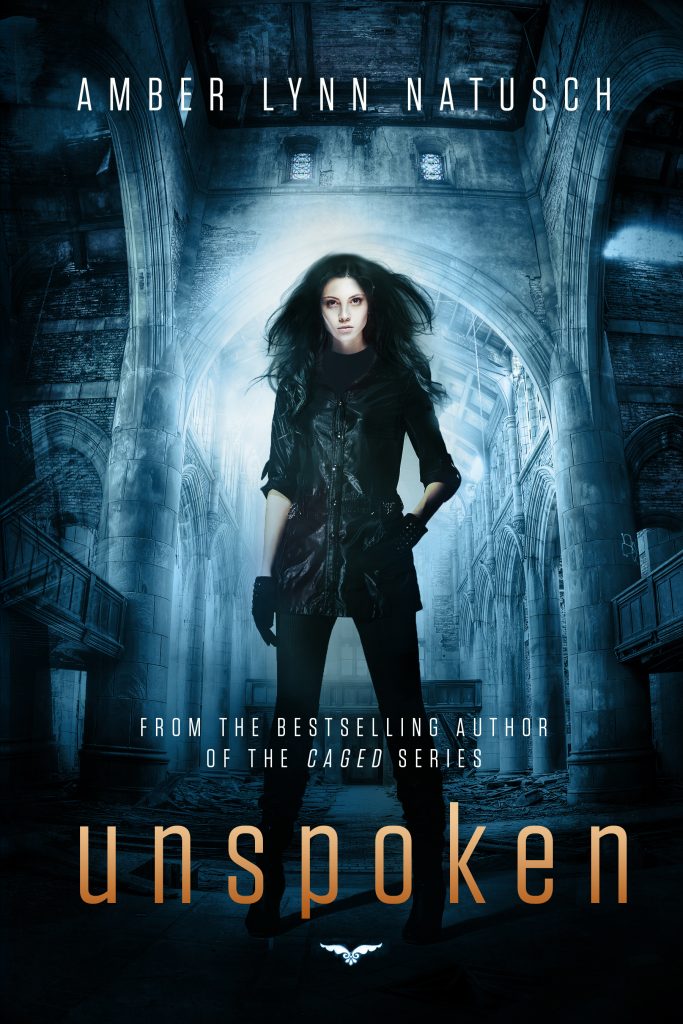 Part of the Unborn series:

THE HUNTERS BECOME THE HUNTED...

With the Underworld still in chaos, Hades, King of the Dead, can’t return home. His traitorous wife, Persephone, remains on the loose—and she’s not the only one. Many of the souls that Khara unwittingly released from the Oudeis have not been accounted for, including former gods, and neither have some of her father’s minions. While Khara and Oz search for Persephone, her brothers work to secure the escaped souls and discover who murdered Drew. But they soon find themselves faced with an even greater problem—one with a name they dare not speak.

Forced into shady alliances with would-be enemies, Khara must work to restore the Underworld and place her father on the throne before the world above claims him and everyone else she loves.

I stood outside the familiar door, a notable absence at my side. The Dark One had left me to meet Demeter on my own, claiming he needed to secure the perimeter while I was inside, though I could not fathom why. We were secluded in the woods, not a soul to be found for miles. But as with everything Oz did, his motives were inexplicable, though undoubtedly present.

And I was not privy to them.

What I could only assume was trepidation coursed through my body when I thought of what I was about to do. Confronting Demeter was something I had never done, but now I had reasons beyond my own to do just that. If she was harboring Persephone or knew her whereabouts, I would know by the time I was finished.

One way or another, I was going to track down Hades’ wife.

As I raised my hand to rap on the door, it opened, seemingly of its own volition. There was no one standing there to greet me. Pushing it wider, I walked in to find my adoptive mother on the other side of the room, her expression every bit as tense and bitter as it always had been when I returned to her. It was as though nothing had changed.

And yet everything had.

“Demeter,” I said coldly, stopping in the center of the modest cabin. The isolation she had kept me in for centuries appeared to have been not only for my benefit. She liked living deep in nature, far away from human contact, though she had rarely been around during the six months each year I had spent as her ward. She could not tolerate the sight of me.

“Khara,” she replied in an equally icy tone, leaning against the rustic wooden cabinets behind her.

“I will keep this encounter brief for both our sakes. Where is Persephone?”

Her eyes narrowed slightly. “The covenant has been broken,” she said as though I were daft. “She is in the Underworld, where she will remain indefinitely.”

“And yet she is not,” I countered, stepping deeper into the room.

“Impossible,” she said, her features tightening.

“She has done something—something unthinkable—and I must find her. It would be wise of you to share her whereabouts with me before the others track her down. I may show her mercy. I cannot promise that much from the others who hunt her.”

“Who?” she asked, tightening her grip on the cup in her hand. “Who hunts her?”

“Many do. Myself, the Patronus Ceteri, the Dark One—”

“Dark One?” she gasped. The sharp sound of her mug shattering on the floor accented her surprise. “Then they have found you…” Her words were merely a whisper. I watched her trembling hand pale as she put it to her mouth. It was as though she were trying to put back the statement that had just escaped her lips.

“They have,” I replied, taking another step toward her.

She leaned away. “Persephone is not here,” she managed to say while staring me down with a new intensity; one driven by fear. “I have not seen her since she was taken to the Underworld before her time.”

“I do not believe you,” I said, striding toward her. She all but stumbled backward over herself as she tried to maintain distance between us.

“You must go now.” Her voice was strong but shaky. It gave me pause.

Then I watched as her eyes rolled back in her head and she fell to the ground, mumbling indecipherable words as she convulsed. Foamy drool pooled at the corners of her mouth as her head banged rhythmically against the floor. When I moved toward her, attempting to come to her aid, the cadence of her seizure increased and became more violent.

I retreated a step. The jerking slowed.

Another step. The incoherent rambling ceased.

Another step. Her head fell limp against the floor.

Then a voice from behind me drew my attention. I turned to find Oz hovering in the doorway, his expression a dark look of concern.

“What is happening to her?”

He hesitated for only a moment. “What you’ve become.”

I stood there motionless, contemplating his mysterious words. Demeter had always known of whom I was born. Surely she could not have been surprised that I would take after my mother in some way; and that I would harbor some of my father’s traits as well.

“What exactly does she think I’ve grown to be?”

Oz’s eyes drifted to the unconscious former goddess on the floor, then back to me. His hesitation was plain. The struggle for words played out in the tight set of his features and the sharp furrow of his brow. He was weighing precisely how much he should tell me, which implied that he knew far more about my adoptive mother than he had ever let on.

With a sharp exhale, he finally spoke.

“Her worst nightmare realized. Now, let’s go. We need to get back to your brothers.”

He turned and stepped outside without so much as a glance back at Demeter and me. I looked down at her on the floor, her breathing fast and shallow but steady, and I wondered what kind of monster she saw when she looked at me—I wondered if she had always seen it when she looked upon my face. Her absence during my time on Earth would have been more understandable if that were true.

I was far more than a simple burden to her.

With that weight upon me, I left her alone in the house I had spent half of my life in and joined Oz. He took one look at me, then launched into the sky with me close behind. We flew straight back to the Victorian.

We had much to discuss with the others. 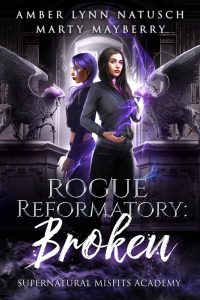