Skip to Content
Home / Blog / On Writing / How in the hell did I end up here? 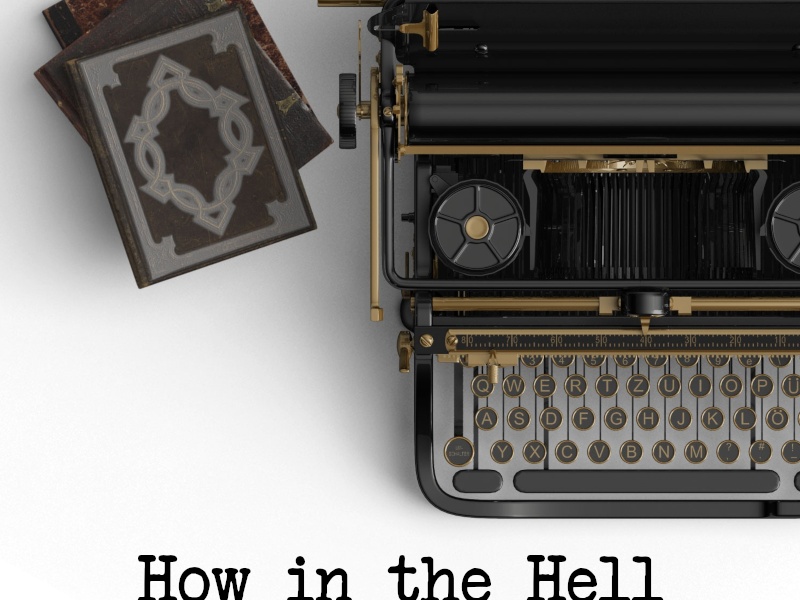 It’s been a LOOOONG time since I’ve written a blog post, primarily because I’ve been busy writing books instead. When you had a fixed amount of time to write at all, you learn how to prioritize–quickly. So now, with my trade debut hitting shelves in three months and twenty indie/APub titles available online, I thought I had earned a hot second to write something else. Something involving NON-fictional characters for once (mainly me).

I’m sure the voices in my head will be thrilled with this idea.

If you’d asked me in 2009 when i started toying with the notion of writing a book that i would one day have sold hundreds of thousands of books and have some in stores, i would have taken your temperature and asked if you were well. Never in my life did i think to myself “hey….i think i want to be a writer.” Not even once. Writing seemed like such an intangible job; something you did if you were super artsy and hung out in coffee shops and waxed poetic about things that i didn’t notice and couldn’t have cared less about. That was my perception, and, as it so often does, became my reality. So i went through school with a science focus and got my doctorate instead. That seemed the sensible, responsible thing to do.

And i love that career. I wouldn’t give it up.

But what i didn’t realize while i zoned out in organic chemistry and neuroanatomy (FYI: not the best classes to zone out in), thinking about dreams I’d had that i wanted to keep reliving was that my “imagination” was really my creativity trying to come through (sometimes in not so subtle ways). I’d always been a daydreamer–i thought everyone was. I thought it was normal to create stories in your head all day long, to use your thoughts as a means to escape the boring, the mundane, or, on occasion, the unbearable. So i never thought anything of this until i was in my mid-thirties and pregnant, and having the CRAZIEST dreams ever. I wondered if maybe i should try to capture some of them on paper. With a little help from a friend, who basically dared me to do it (i don’t back down from those easily unless they involve deep water…or clowns), I started writing what would turn out to be the first book i ever published. CAGED was eventually uploaded to Amazon at the end of 2011. I thought, “well, that was fun,” and never expected anyone to ever buy it.

One month later, it took off.

So about that time, i remember sitting in my kitchen with my husband, thinking HOLY SH*T…this is a thing! I’m a writer! How the in the hell did i get here?

I continued to self-publish until 2013 when i signed a deal with Amazon Publishing’s 47North imprint. The next evolutionary step in my publishing career–now, i was a hybrid author. One foot on either side of the publishing divide (and, MAN, is there a divide, but that’s a post for another day…).

I got an agent around 2014, one who had been a fan before she even started her career. Choosing Jess was easy, and I’ve never doubted it was the right one. She understood who i was as an author and how i wanted to write/publish. I can’t even begin to tell you how important that is to me.

And it was her understanding of who i am that was crucial in matching me up with my current editor. We pitched her two different fantasy novels before she asked if i wrote any YA (which, at the time, i didn’t). I’d had an idea for a series that i never expected to get to write. But we pitched her the idea and she loved it. I wrote the book exclusively for her and it was picked up two months later. In 2016, i got my fist Big Five publishing deal.

Look out world, they’re gonna put my words on a bookstore shelf!

While I’m patiently waiting for that book to release September 4, 2018, it made me think about me unconventional road to this point. I wanted to share that story for any aspiring writers who might happen to come across it. There is NO ONE WAY TO PUBLISH. You don’t have to know from the moment you’re born that you want to be a writer. You don’t have to fit a certain stereotype. It’s okay if you have a day job. It’s okay if you like to write at night in front of the TV or at the coffee shop around the corner. You can write quickly or slowly. You can be a plotter or pantser (#TeamPantser). It really doesn’t matter. What DOES matter is that you write. Yeah, it won’t likely be pretty at first; Lord knows mine wasn’t. Show me someone who claims they wrote a beautiful first draft of anything and i’ll show you a liar. It’s a PROCESS–not a clear cut destination. But, if you’re at all like me, a kid whose head loved to escape to the clouds–who found refuge in her own mind–then maybe, just maybe, you should join me on this journey.

Who knows… maybe yours will turn out just as crazy as mine.