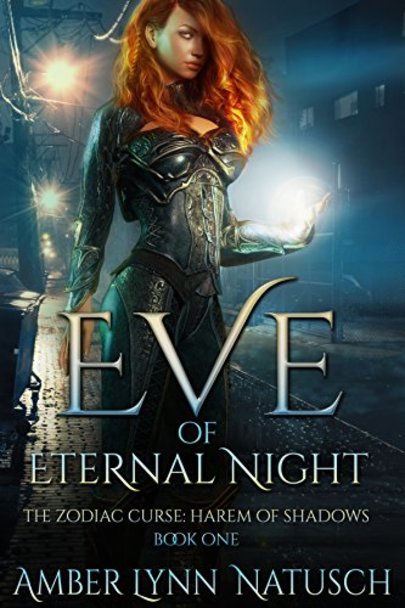 Part of the The Zodiac Curse: Harem of Shadows series:

Eve Carmichael can’t wait to graduate from college and move on with her life. Loner, outcast, and enemy of the dean, she tried her best to fit in, but all the money in the world can’t buy genuine friends—or anonymity.

Then things take an unexpected turn when she witnesses a murder on campus. Especially because there’s no evidence a crime ever happened the next day, and the five men responsible disappeared into thin air.

As she tries to unravel the mystery behind the phantom homicide, she finds herself on a dark and familiar path. With no-one else to trust, she seeks the help of an unlikely—but alluring—group of men. A group of men with one thing in common—an undying interest in her.

For better or worse, the rocker, the wanderer, the student, the therapist, and the adviser all have a part to play in fulfilling her destiny. Hopefully they can awaken her to the danger closing in before Eve gets herself killed.